Founding member Chris Simons has lived in the Fernwood neighbourhood for seventeen years, so he knows what he’s talking about when he calls FernFest, “the best street party on the island”. It would certainly explain why Masala keeps coming back this year marks their fifth in seven that they will be performing at the festival. What is it that draws them in? “Something about the people here when they come together in the square, there’s a joie de vivre there, an exuberance. People here are real.” 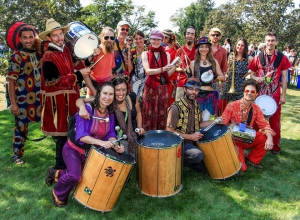 Hard at work putting together his set for this year, BOUSADA is letting Fernwood itself seep into his sound. “Yesterday I started on the drum track, a piece of styrofoam being rubbed on cement and a bag of wood being lathered around, and those two combined are the hi hat. It’s just these things that I’m finding in the neighbourhood and then recording. The environment has been getting into the music literally, but emotionally too.”

BOUSADA is relatively new to Victoria, but this is already his second time playing at FernFest, though his first solo performance (last year he filled in for an injured bass player). He calls last year’s festival as one of the best days he had all summer, and it’s easy to see his excitement building for this year’s iteration. “Fernwood is a really open kind of place in terms of music and culture. People are stoked to support you, you know?” 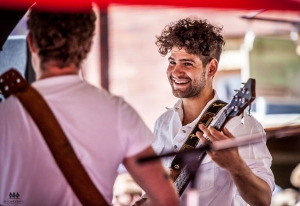 For fifteen person string ensemble ­Coastline, this summer is shaping up to be an exciting one. In addition to performing for the first time at FernFest, the group is preparing to head to Aberdeen, Scotland to represent Canada at the International Youth Festival. For several months now, they’ve been hard at work fundraising for the trip, playing a variety of shows around Victoria. Joshua Litton describes the support from the community as, “huge. Without the community there’s no one to actually support us.” Ceri Osborne adds, “I think that’s kind of what fiddle music, and music in general, is about. It’s about community.”

Those wishing to help Coastline get to Scotland can do so through the group’s GoFundMe page (gofundme.com/coastline) or in person at FernFest. 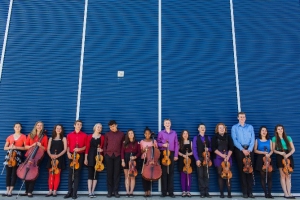 Fernwood holds a special place in the hearts of The New Groovement. Listening to drummer Reuven Sussman recount tales of the early days, heading down to the Square, having to borrow gear—and sometimes even electricity—from the locals, or their neighbours responding to band practices not by asking them to tone it down, but instead to open up a window or two so they can hear the music better, it’s clear that they have deep roots and a deep appreciation for the neighbourhood.

“The love that we feel from the fans and from the people, makes FernFest consistently one of our top gigs of the year, from the first time we played it, so we have to keep playing. It’s just too much fun.” True to their word, they will keep playing, as this marks the third consecutive year that The New Groovement will grace the festival. “The reason this band exists is not for moneymaking purposes. It’s because we enjoy getting people dancing and feeling the vibe from the community. FernFest is the epitome of that.” 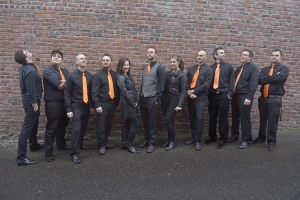 Listen to all the bands at FernFest on our Performer Page!

A year in review – Practising resilience

The Gift of Good Food returns

Join the conversation on your draft Neighbourhood Plan

The Backyard Project Farm Stand: So much more than food

Want to plant a tree?